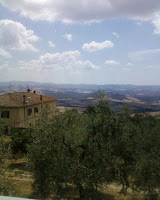 This was supposed to be a gentle ride from Follonica to Vienna.

But after missing my flight the week previous I arrived in Pisa with three days to travel to Southern Germany, to a point on the Vienna Nurnberg motorway.
I was meeting a friend who was returning from Vienna with a van, who would transport me and the bike to England.

Nice one Harry great read. I cant wait to join you. You do know I am mad dont you ?