I was up early in Varanasi in order to be picked up by Anil the Finance chief of the project. We had arranged top meet by the Palace Ganges a hotel roughly 100 feet above the Ganges but amazingly was at the level of the river only months before. I was taken first by scooter because of some roadworks and then transferred to Anils car for the remainder of the 40 km journey. It takes you along a dual carriageway which links Delhi and Kolkata, though don't let the notion of a dual carriageway lead you into thinking of any sense of order and rules. Often you will be confronted by a wagon or car coming in the opposite direction in the 'fast' lane. I have since worked out the rules to this apparent madness and it now all makes sense, but this was my first experience of the open road. 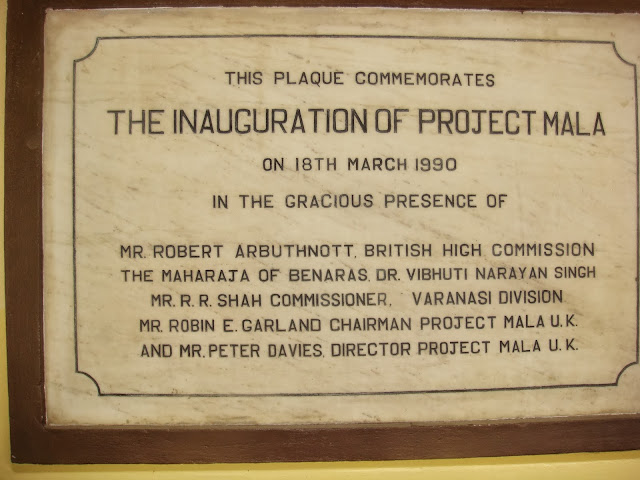 We arrived at the school in Guria. which was the first school opened by the project in 1990, by Robin Garland (chairman and founder)  Mr Robert Arbuthnott British Commissioner and the Maharaja of Benaras and was introduced formally to all the children in their classes. I have to say I wasn't expecting this and became very nervous confronted by so many small children, but it was near lunch time and I was able to address my nervousness by sitting with the younger children in the dining room, squatting amongst them on the floor as they do. They were all so lovely and I became the centre of attention to them as other visitors will have found to their delight.


The smaller children sit on the floor at tables, but the older children sit at more recognisable desks and chairs. Lessons include Hindi, Sanskrit, English both oral and written, Math, Science, Computer studies, sport and cooking sewing and other personal skills 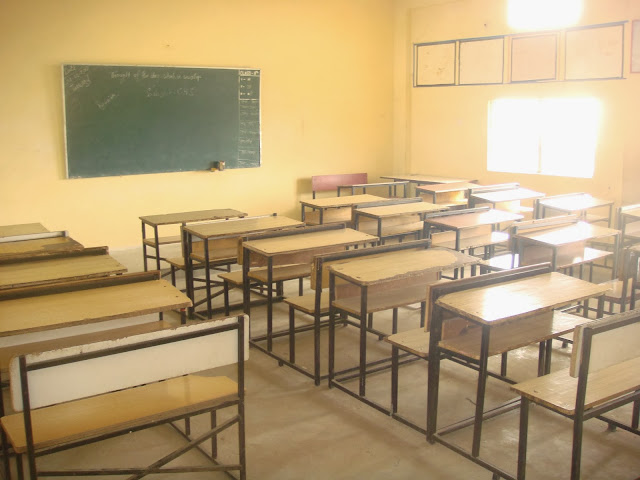 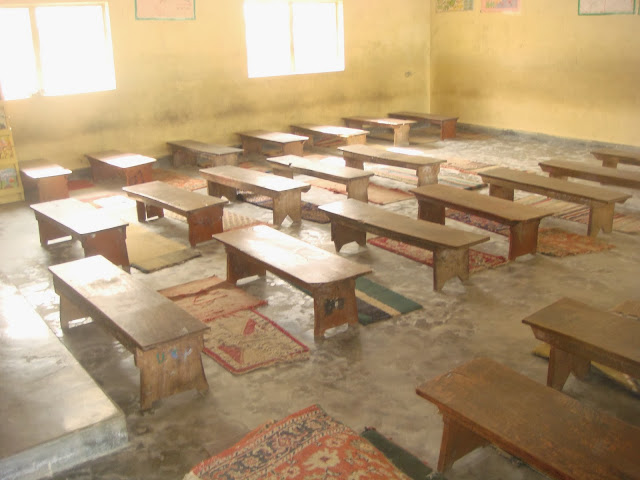 The most important part of the project is the selection of children to attend the school. Originally founded to emancipate children from the carpet industry and exploitation of child labour by it's founder Mr Robin Garland from the York area of England, it's prime aim now is to provide education to the poorest of children from the region within the UP area. Unfortunately because of the limited spaces available a further criteria is an aptitude to learning. It's harsh but one only has to look at the commitment of the children themselves to their studies that you realise it does have it's merits. I have yet to find out what happens to the children who aren't selected to join the project, but it's a question that is burning on my mind.

In addition to the day attendees the school offers boarding facilities to about twenty four students, both boys and girls, who live in two dormitories. At the moment the aim is to build another new facility for the boys with an additional classroom above. It is necessary as the boys facilities are somewhat ageing and is in need of replacement. 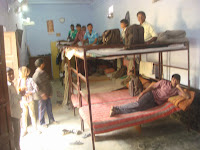 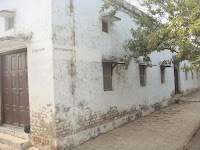 There is no TV no radio no electronic entertainment, but instead physical activities such as cricket, chess, or art supplement the 'homework' hours, plus duties such as helping in food preparation for the evening meal. In spite of these limitations, these are some of the most happiest children I have ever met and have an absolute respect for everybody and everything. The love and warmth that they have shown me has been overwhelming and has gone well over the curiosity that would be deemed natural. As for chess, which I considered myself reasonable at, I soon realised that it was a past time best left alone, as I was anihilated in my early contests with the youngest of them. They also have two days free a week. Wednesday and Sunday and the boarders catch up on personal stuff as all kids do. 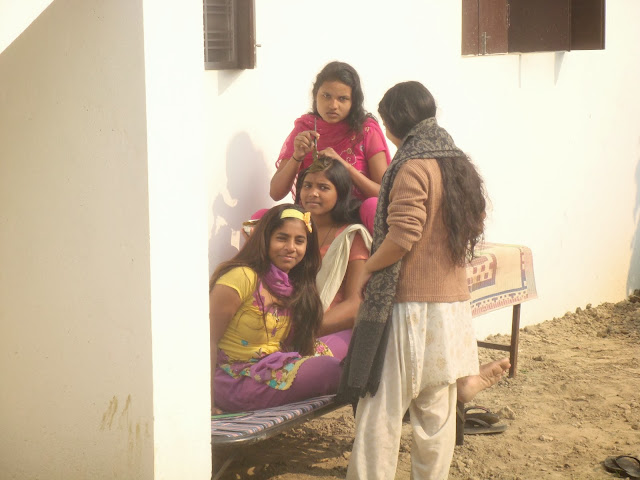 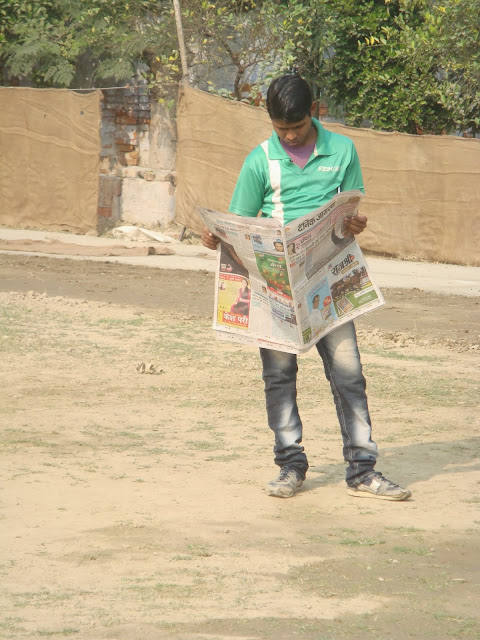 I was treated on Xmas day by the boarders to a couple of presents of flowers both from the boys and from the girls. They were ever so concerned that I wasn't at home celebrating with my family. Every day I am confronted by a couple of hundred smiling faces and despite suffering a really bad cold, just to see them lifts my spirits and within minutes I am walking around grinning from ear to ear. I love them all dearly and I hve never been so smitten by a group of children and by the organisation that is providing the opportunity for them to develop and and hopefully reach their aspirations of becoming doctors or cricketers. At this point I must make a special mention to all the staff here from Anil and Mukesh to the teachers and to those that they call servants. Every single one of them is comitted to this project and have the same positive attitude as the children in spite of living in the most basic of conditions. Especially in winter where the temperatures are low and their only source of heat is a camp fire in the areas between the classrooms and the cricket pitch.

Tonight is New Years eve and I leave for Varanasi so that I can do a small shop before setting off to Kolkata. It is going to be difficult saying goodbye even if it is only till the end of February and while it is hard at times riding alone, I will always have there happy faces in my mind to keep me going.

Finally, the bike. It was my intention to buy a bike in the area and sell at the end of the ride and donate the proceeds to the project. Instead the Project has given me a bike to complete the ride for which I have donated 27,000 rupees and then will return the bike in February. This has brought the total raised to 79,000 Rupees 790 GBP pound. If you feel you want to help this appeal to greater achievements then please click on the just givimg link in the right hand panel. Anything will be welcomed by the project here.