The Approach to Sydney

The two nights in Botany Bay were very relaxing, in spite of the changeable weather. one of the highlites was the birdman of dolls point. every morning he would bring a couple of buckets of feed for the cockatoos. He would scatter the feed at intervals and in between each the birds would seem to put on an ariel display, flying out over the water of the bay, before flying back at low level. There must have been a thousand cockatoos and they seemed to come from afar, as they flew away in separate flocks after the feeding frenzy leaving the area as calm as before.


The cockatoos are a noisy bird, but there was one bird that scared the life out of me every morning. Whatever it was, it made the the sound of a turkey on drugs. I never identified the bird, but it would kick off at five each morning.
So on the Saturday morning, under a grey sky, I set off for the peninsular that housed a couple of the most famous beaches in Australia. Coogie and Bondi. 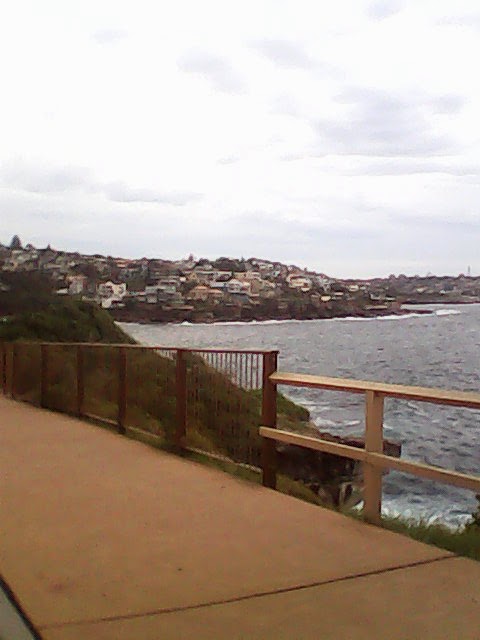 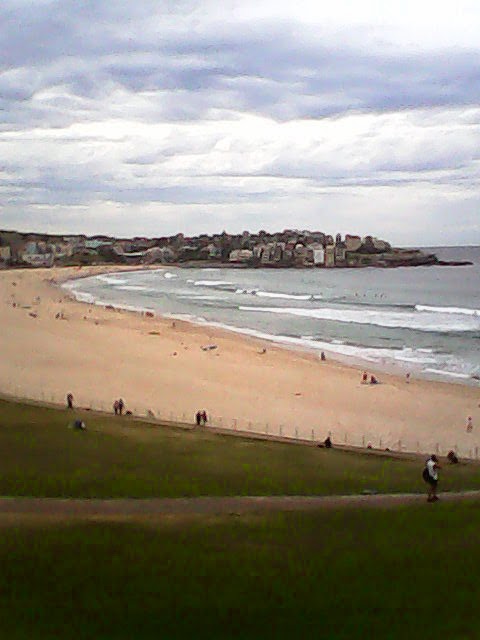 I have to say I was very impressed with the whole peninsular, rarely can a city boast a coastline as beautiful. not only the beaches, but also the headlands between those beaches with houses stacked on clifftops and the ruggedness of the coast at the inlet to Watsons Bay.. 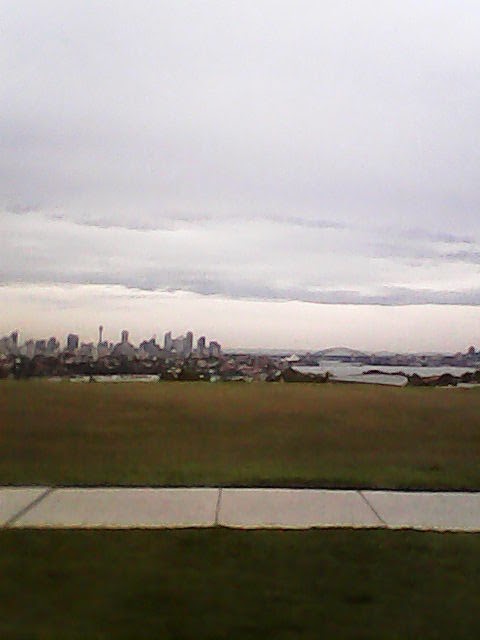 And yet it was the man made part of it all that took my breath away, because after viewing all natures glory on the ride up that southern New South Wales coastline, it was the city skyscrapers and that iconic bridge that Ihave seen so many new year days, that stirred the emotions. After turning a corner and reaching the crest of a headland north of Bondi, I caaught a glimpse of the city and i just had to stop and record it, both photogaphically and internally to my emotional hard drive. 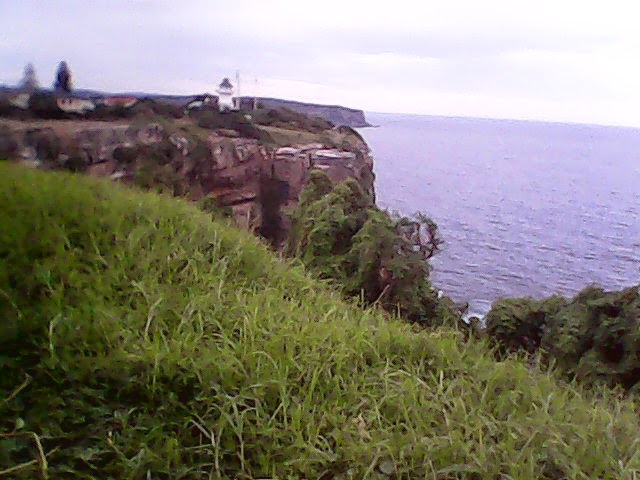 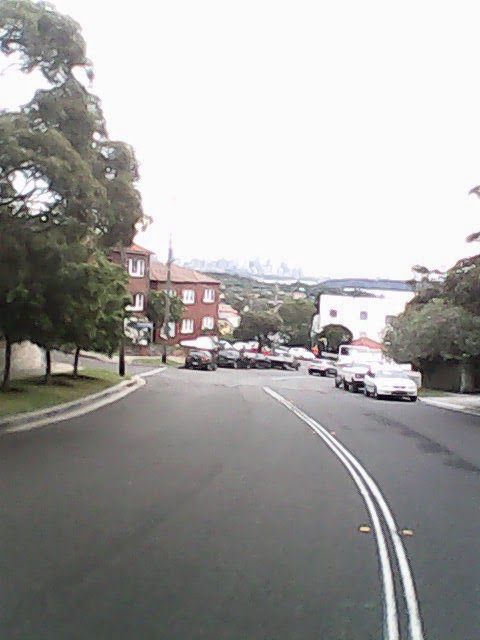 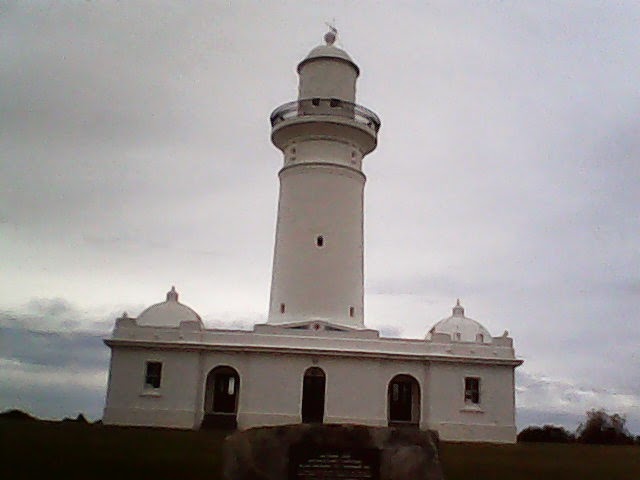 I rode down to the shore at Watson Bay and lunched in the park there on the remains of the previous days barbecues and waited for contact from friends including my Brazilian friends, who i had met in Foster the previous weekend. I was reluctant to enter Sydney with little money in my pocket, instead I passed the time practising on the harmonica. normally I am shy, but suddenly felt good and confident and encouraged by some good remarks I grew bolder and then was asked where my money tin was. I needed little encouragement after that and with my coat spead out I quickly made ten dollars in what remained of the day. More than enough for my night time medicine. Remember that fourteen year old giel that inspired me in Victoria? No, well I do and I thank her for giving me the courage to do my thing 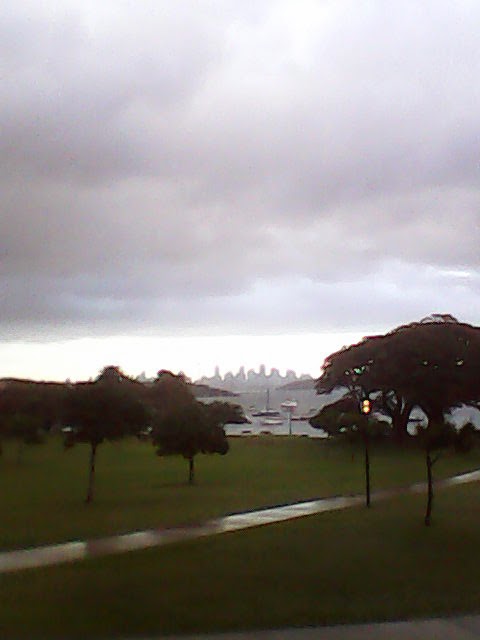 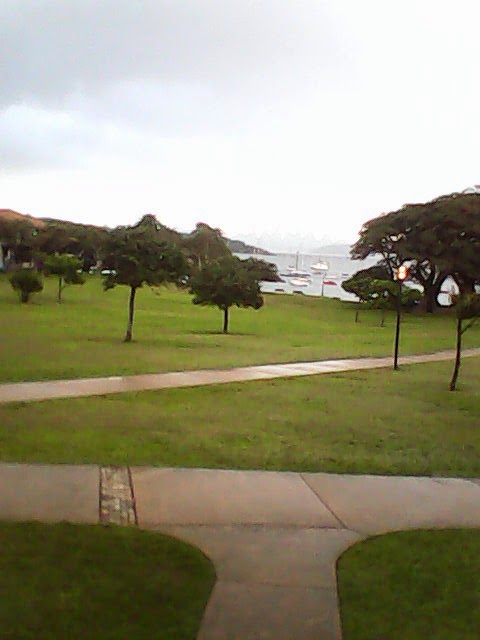