The South Coast of New South Wales to Botany Bay 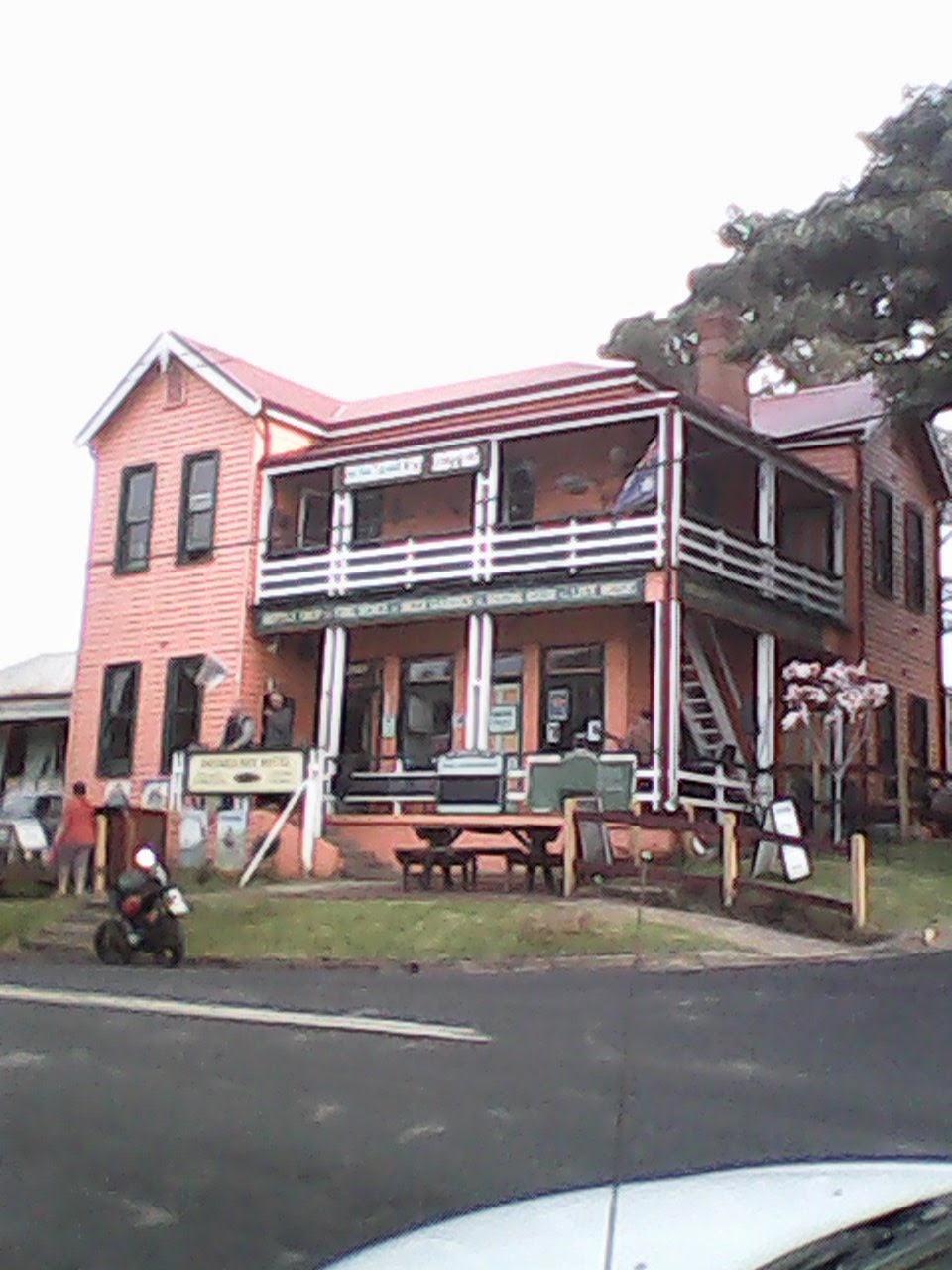 So I left the ringing of the bell birds, assured that the bike was not falling apart, before heading back to the highway, which at that point was about to turn inland for a few kilometers. fortunately it passed a heritage village called Tilba Central. this was a small village whose traditional timber built houses and hotel had been preserved. I took a schooner of draught before heading down to the harbour at Narooma.


I landed directly at the playground and barbecue area at the side of the water and in time for the evenings sunset over the waters of the harbour. I visited the lookout before I left and read that whales are often sighted while migrating past these headlands. The coast to Dalmeny was more scrubby, but had a charm about it and a tranquility too. 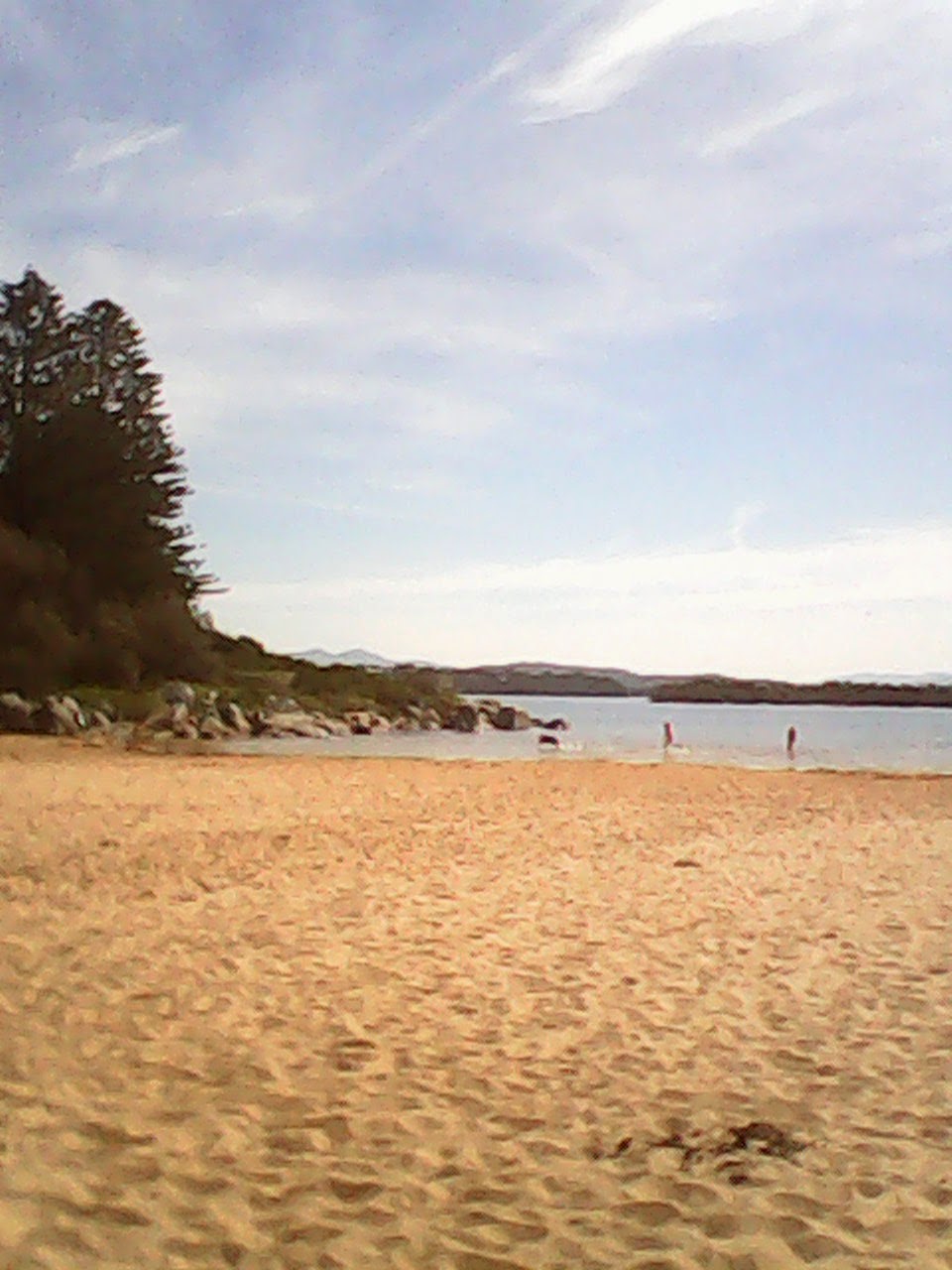 I turned down to Touross Head where I took advantage of a quiet beach, in order to absorb the suns rays and a quick scrub in the sea, then off to Broulee and Batemans Bay. I was intending to stop at Batemans Bay, but opted to ride on to Uulladulla. I found a picnic area north of the town in Mollybook beach and settled down for the night after my customary night cap. 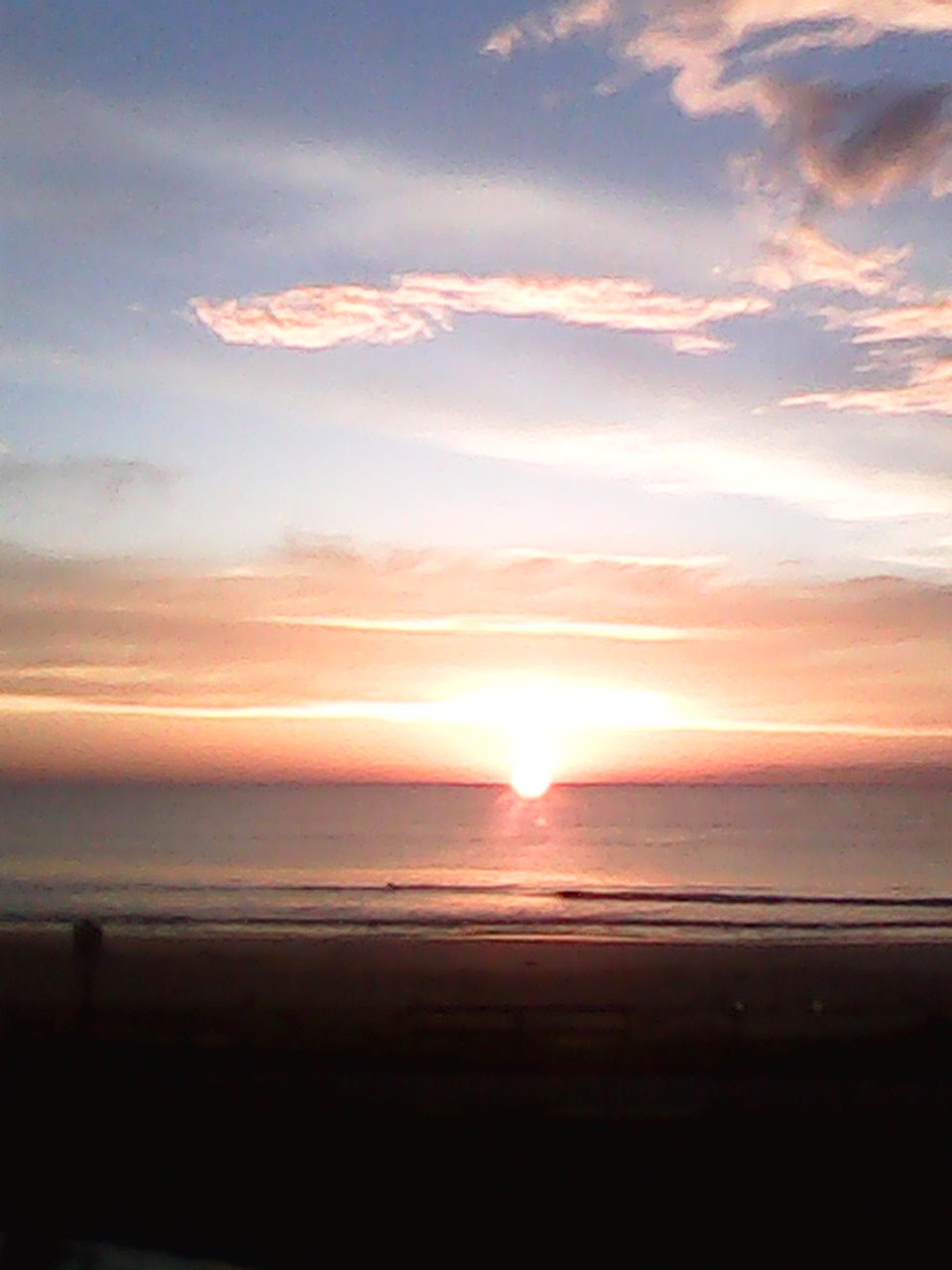 The following morning I was disturbed by the garden staff cutting the lawns on the headland where I was camped. I was so glad they woke me, as I opened my eyes to the sun breaking the horizon of the Pacific Ocean. I brewed up and got chatting to one of the workers, a lovely man, who after listening to my story of how I had overspent my budget for the week and was now surviving on $20 a day, waited for me to emerge from the toilets to offer me $40 to see me through the week, i declined but couldn't thank him enough. such is the generosity of the Aussie people. the one thing I did take off him though was his advice on must visit places on the route. 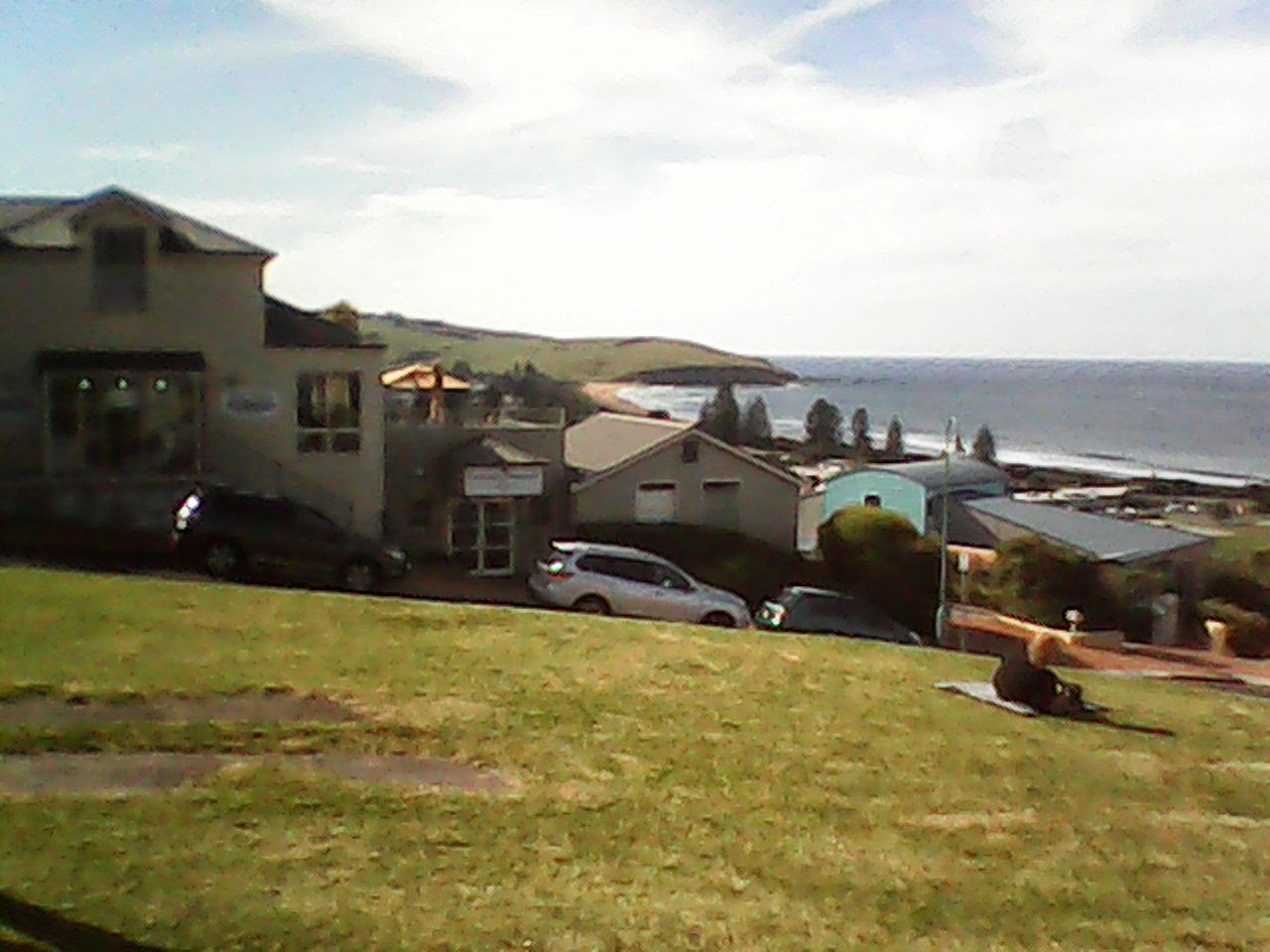 One of those places was Kiama and after setting off for the section of coast where it lies, I realised how NSW probably came to be named. The headlands and the hills were very comparable and even better than the hills and coastlands of Pembrokeshire and Glamorganshire especially when bathed in glorious sunshine. My only regret is the camera did not do the colours justice especially against the bright sunlight. But back to Kiama. It is one of the most beautiful spots on this coast line in my opinion. . 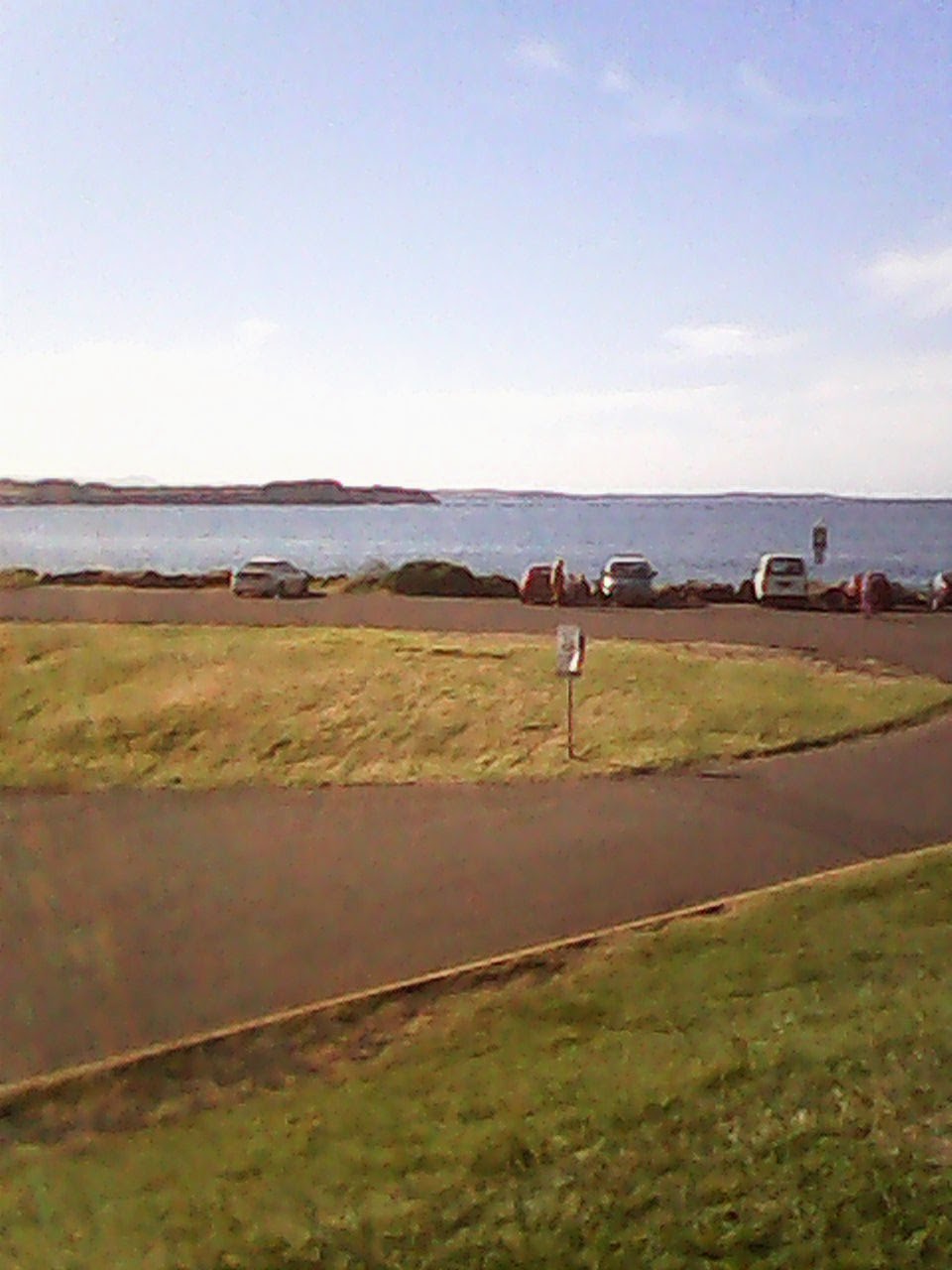 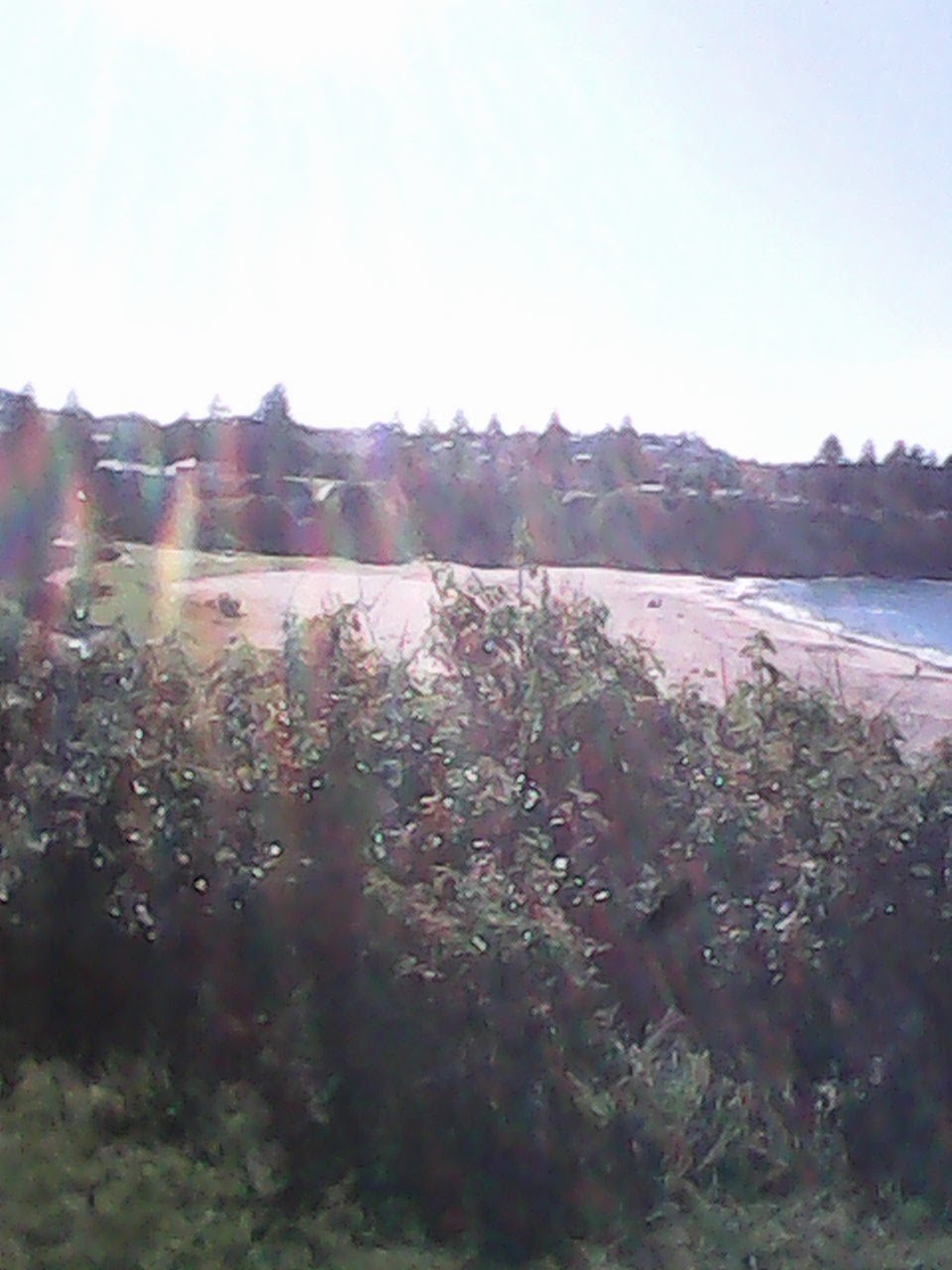 North of Kiama is the headland that contains the cathedral rocks. Eroded into pillars that resemble the spires of a cathedral 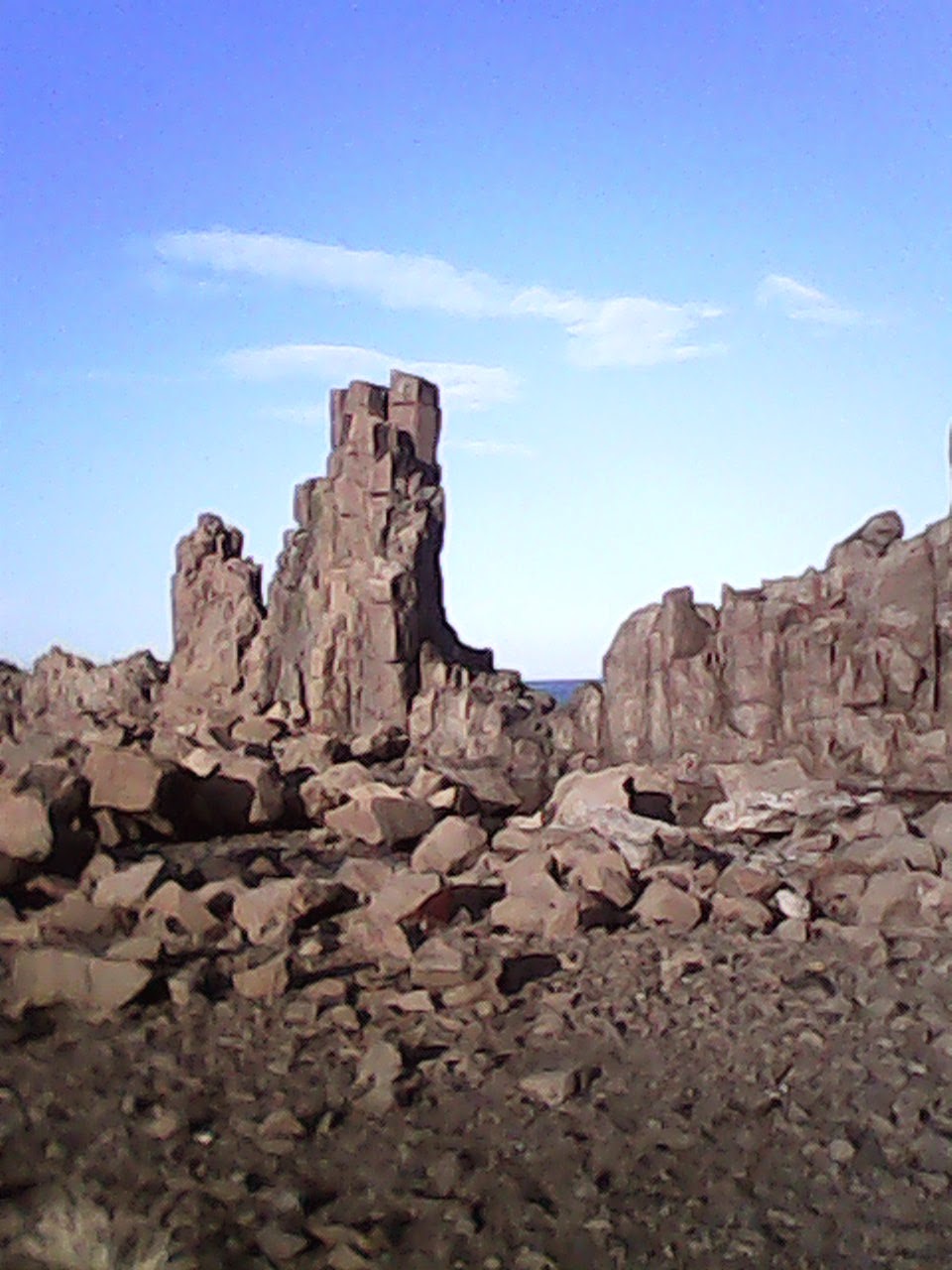 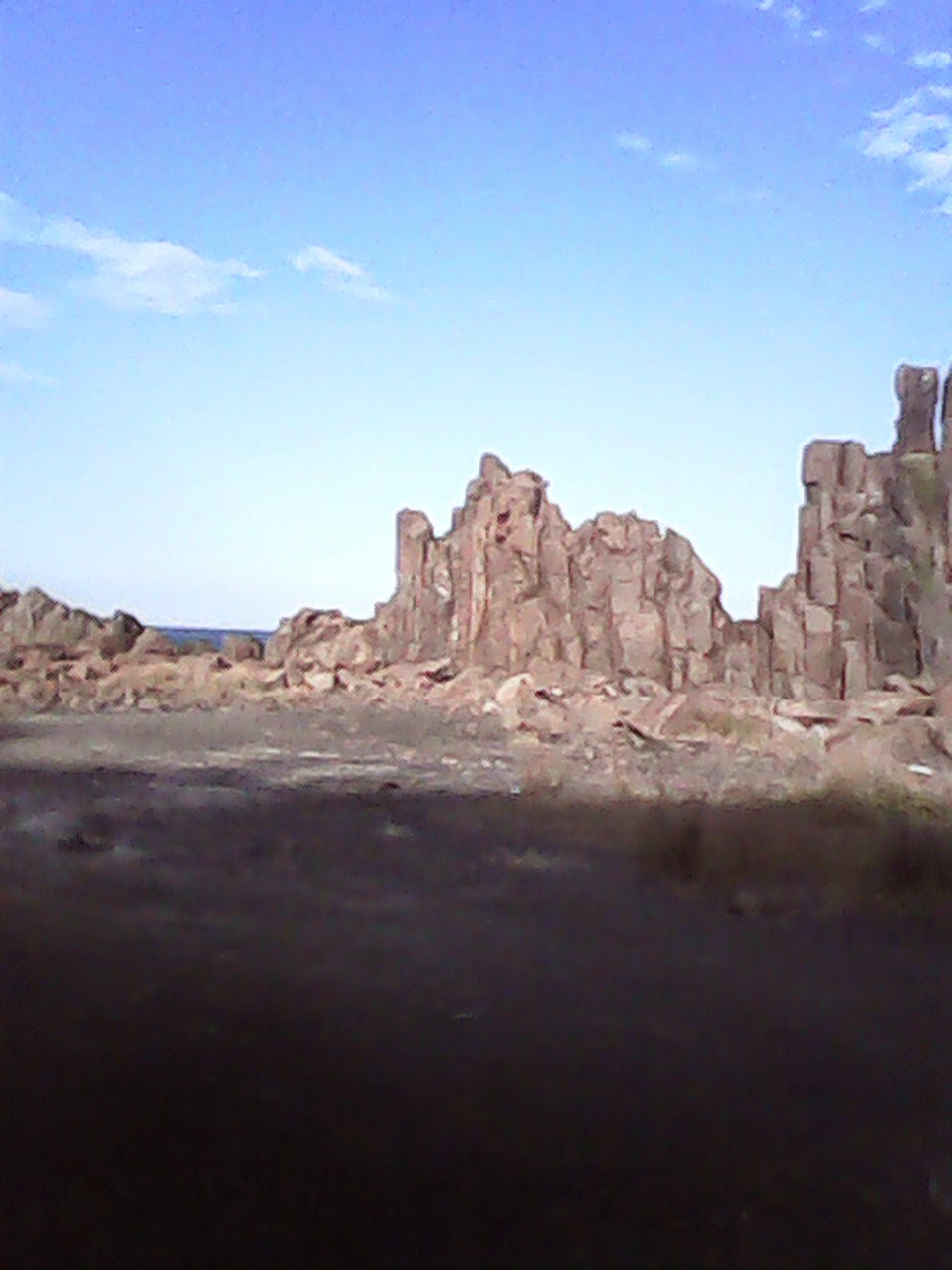 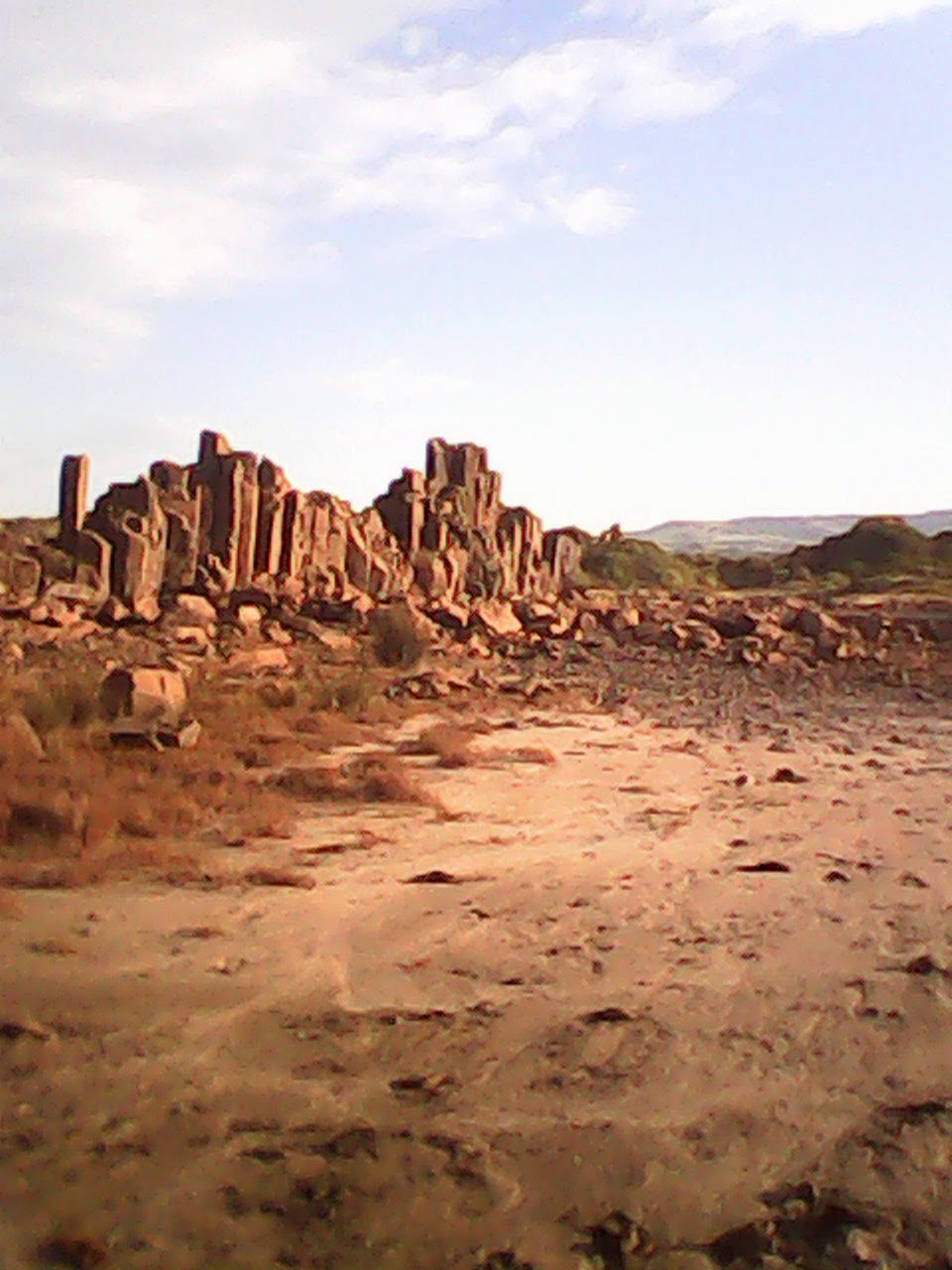 I headed on to Warrawonga where I settled down to a night outside the library in order to update people and the blog and as soon as the library chores were done I was off to see another wonder in the Sea Cliff Bridge that spans the gaps in the cliffs to the North of Woolongong and then rises to Coal Face cliff which is a big hang gliding point for pilots. From there down to Sutherland the road dropped through wooded glens and round tight bends that if you didn't ride with a sense of care, you would be over the ege and not found in the thickets for weeks.


I emerged and headed for Botany Bay where I intended to camp out for two nights to stretch out what was left of my budget. I found a site at Ducks point and was invited to BBQ with two Turkish couples. We caught a fish a flat head, which some little kid pulled in for them. Unfortunately I was too full to enjoy the fish. They left me a full helping of left overs for breakfast and left me to my overnight stay in the eating sheltered area. I was woken early by another party who were preparing for a birthday barbie, so I left the area to them and klocated myself further away. Unfortunately it rained for most of the morning, but as the rain cleared they also offered me a rather generous helping of beautiful barbecued meat. I was now ready for the fnal assault on Sydney 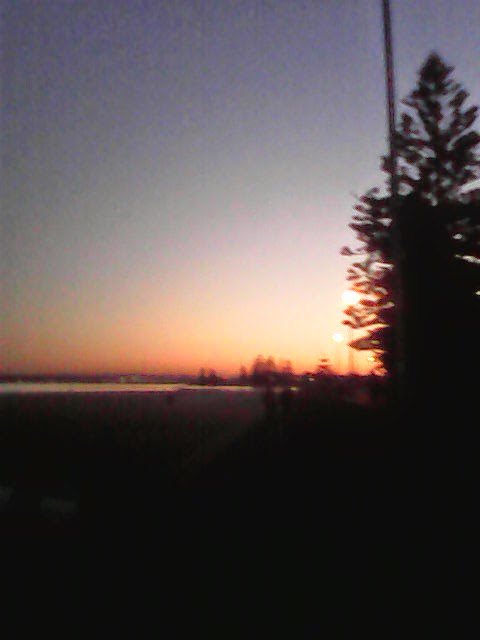 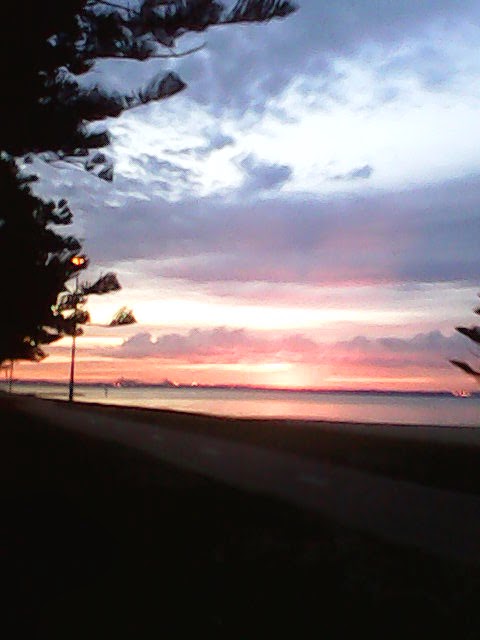 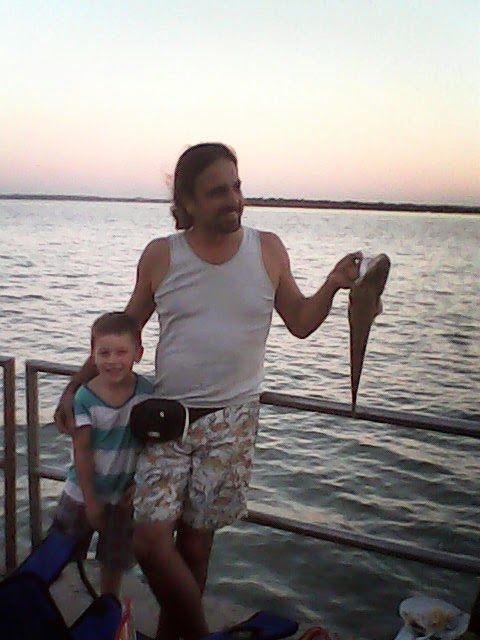