I raced off from Urunga and only stopped in Coffs Harbour to access the internet in the library. It was by accident that I spent little time there, as I just headed out from yje library to the highway without much thought to a visit. Maybe it was fatigue, so I decided to compensate by detouring to a lookout north of the landmark. It took me through a park area to a suspended lookout platform that afforded spectacular views of the harbour and the coast line 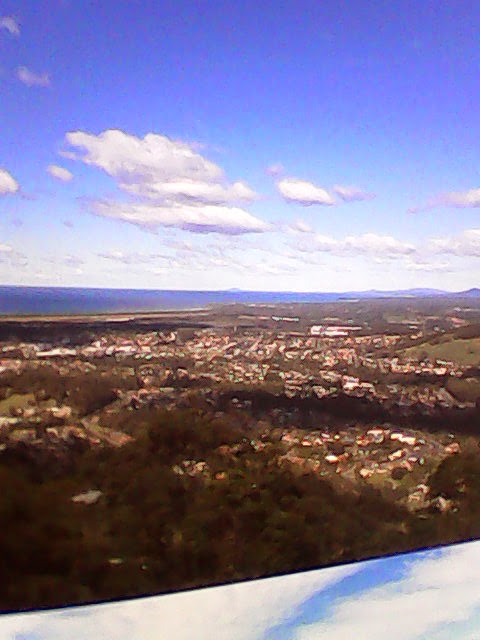 The platform and it's views 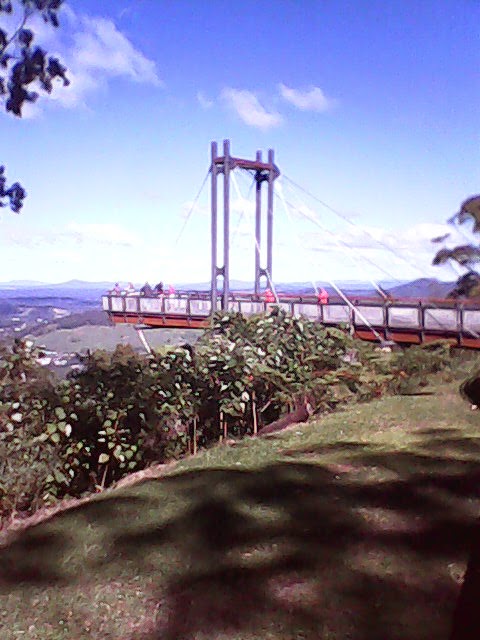 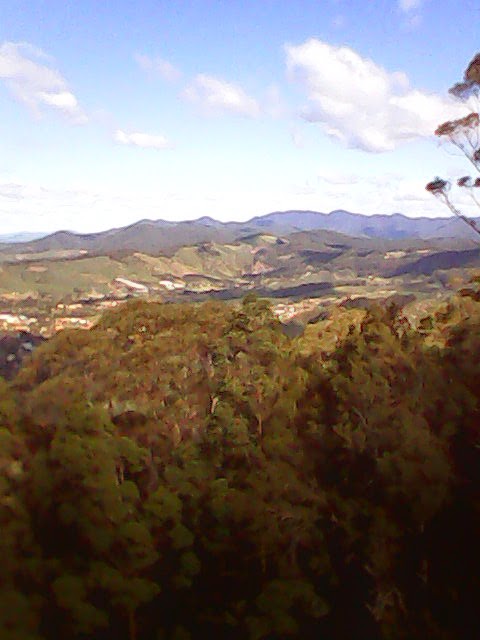 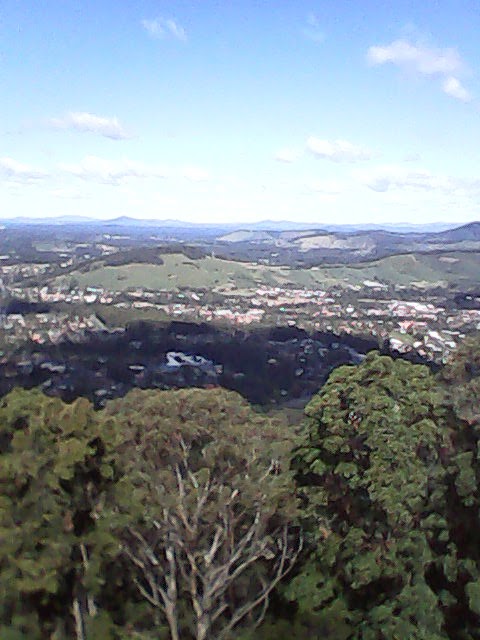 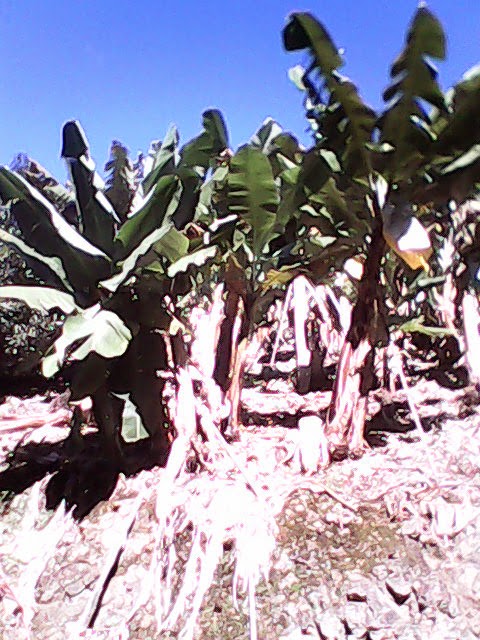 From there it was inland to Yamba via Grafton and a hard ride at that against the wind. I stopped at South Grafton for a schooner and a sit in the sun, but there were a couple of women there who I could only use the term earthy as a compliment. I am not prudish to say the least but these women bordered on the outright vulgar and I was pleased when they left the area and left me to enjoy my drink and free bar snacks that were provided.

It was back to the highway for a long afternoon blast up to Yamba, where I arrived before dusk. I couldn't find a working barbecue but did find a shelter from the wind at the sports oval. I woke next morning and settled for a coffee in the town before I was visited by more kangaroos and then it was off to Ballina 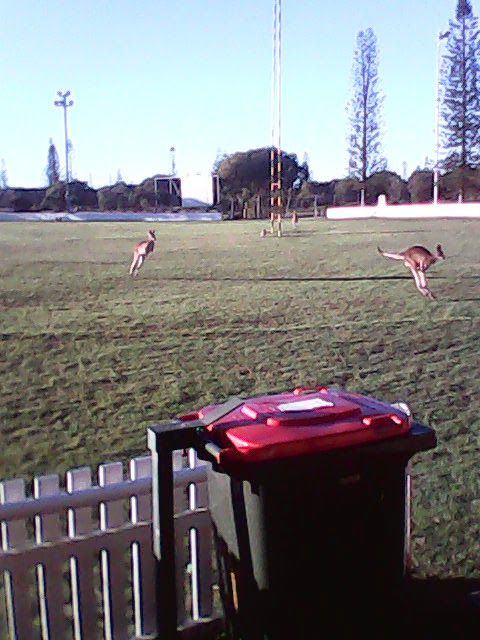 Again it was hard work against the wind which had got stronger I made a quick stop at a place called Little Italy which was to commemorate 300 Italians who had been duped into a life on a phantom Island in the 18th century. They suffered a loss of life through poor conditions and were rescued by the Australians where they were allowed to settle 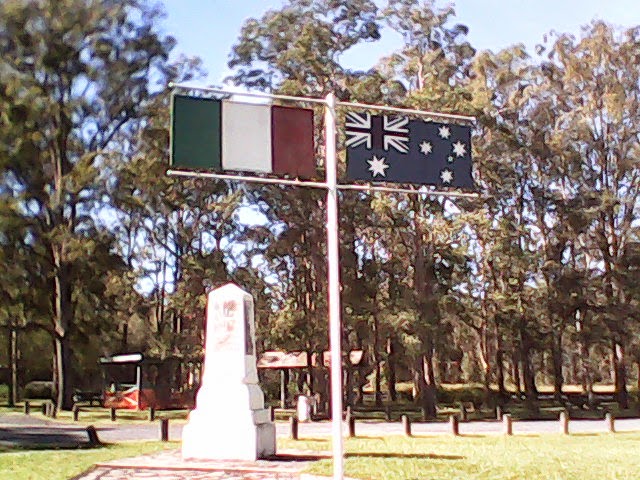 .I stopped again at Woodburn for lunch and it was a battle to get any heat into my cuppa with the wind cooling what the barbecue heated. I gave up as others did and headed on. Ballina was beautiful, with those brochure turquoise coloured sea and white sandy beaches and I decided it was time for a scrub and descale. The water was still reasonably warm with only the wind being a problem. As I wasn't interested in swimming I was out as soon as I was clean and fresh and ready for the rest of the day. 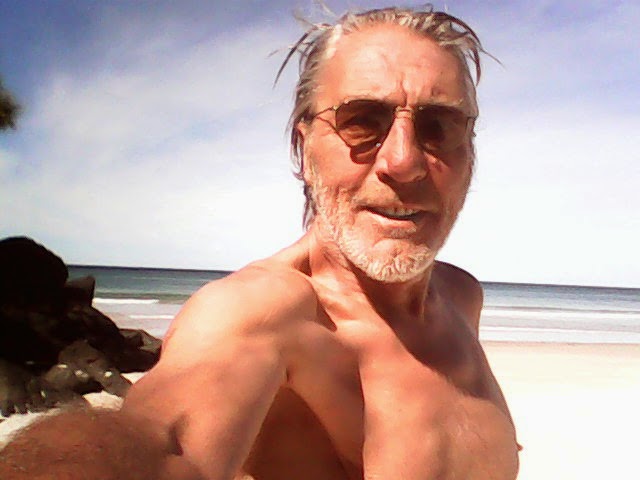 It was then a pleasant ride up to Cape Byron and it's lighthouse, which not only gave me spectacular views along the coast but a view of a group of girls who bared their breasts to the ocean for some charity sponsored event. I commented that they wouldn't have done that on the East coast of England. Byron Bay is a real cool place to stop. It has a big rainbow community as well as surfers, skateboarders and bikers. 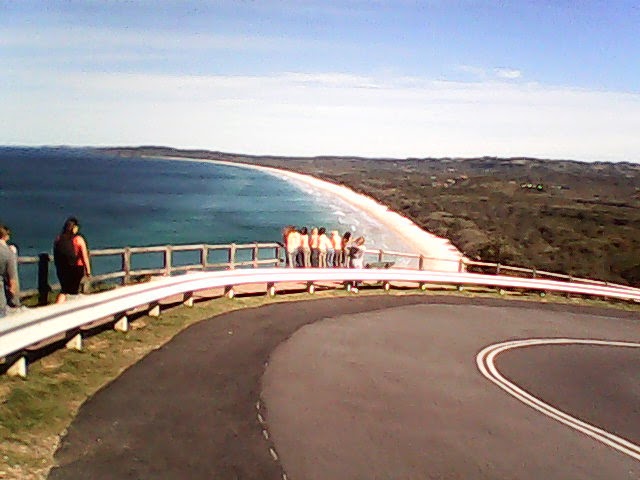 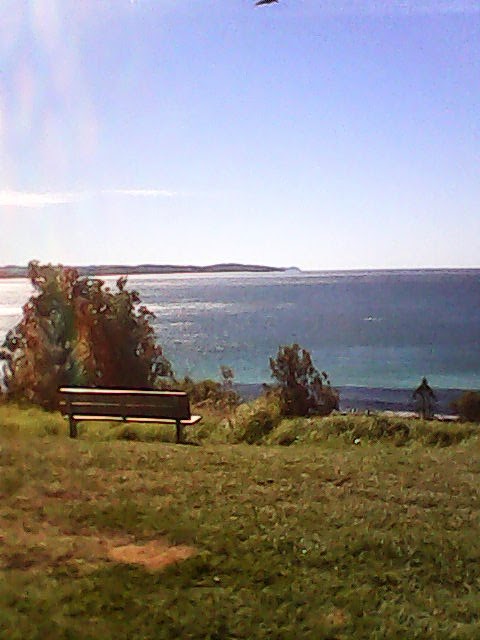 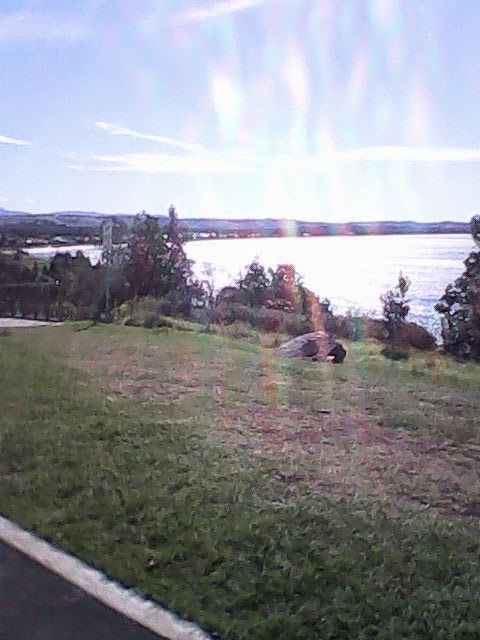 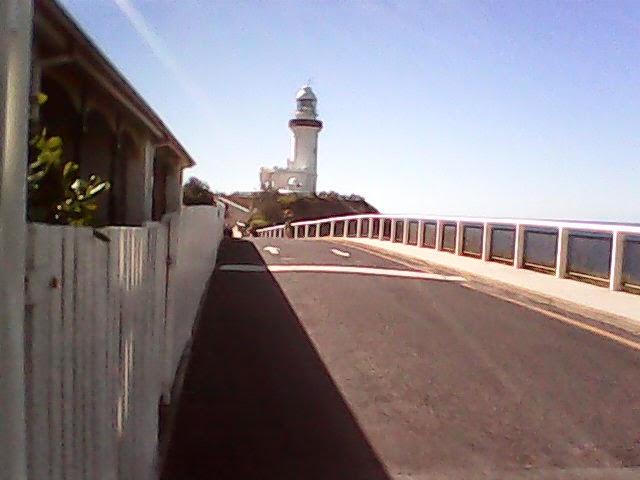 The road followed delightful stretches of beach and resorts until Coolangatta where I was fooled into thinking I was looking out over Brisbane's sky scrapers. I was excited until I rode on for another twenty kilometers and arrived at Surfers paradise. The whole coastline along this strewtch is flanked by high rise apartments and holiday flats 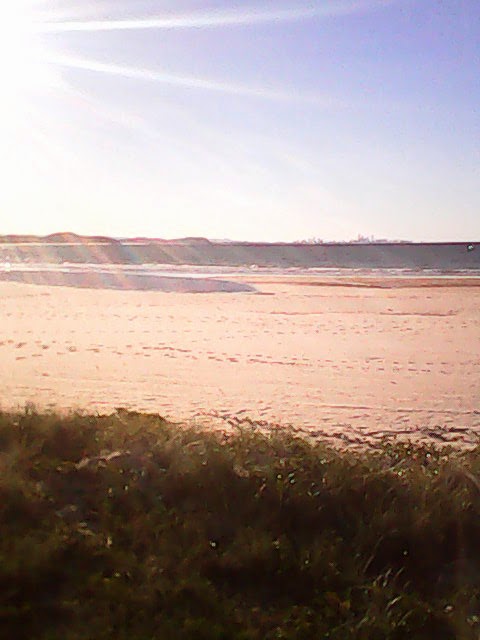 I stopped at Main beach and had supper before continuing through Southport, which gave me the impression that the roads had just been painted. Everything was so immaculate especially in the brightly lit main streets of the town. I rode on in the evening until I reached Runaway Berach which offered me a sanctuary by the sports ground and across the car park from the library, for essential communication with the outside world. I was expecting an e-mail from friends for a nights stop in Brisbane, but for some security reason I could not access my mail. It was only after I located another library that I got the mail to say they lived in Southport. Damn a night on a sofa had passed me by.

I rode the peninsular leading into Brisbane, half expecting another spectacular entrance, but it was far from the case. While the islands off the coast that give a shelter to the entrance to the river gave a pleasant enough vista, there wasn't the drama of the entrance to Sydney. 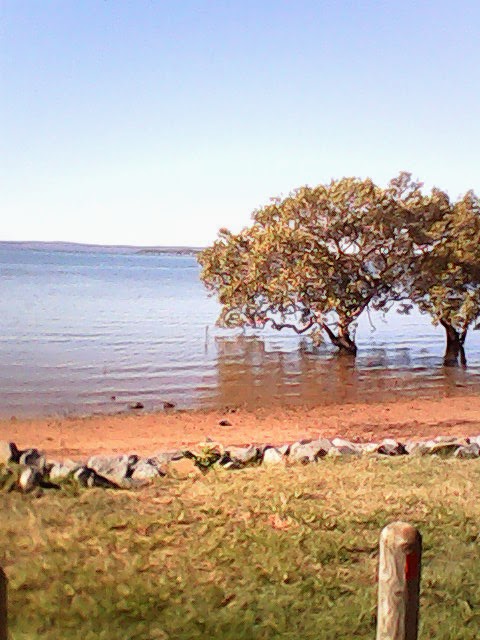 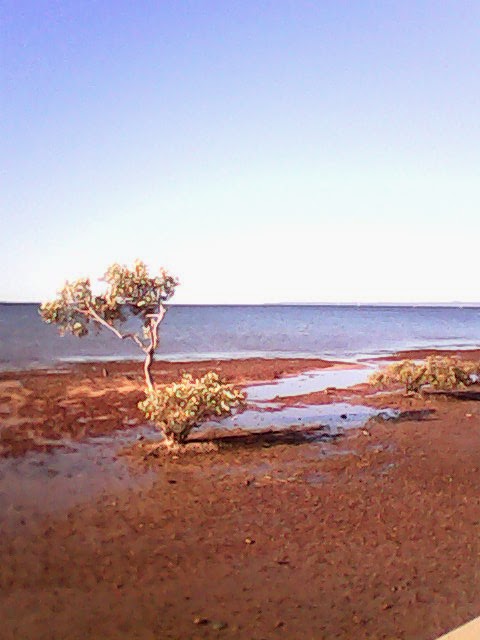