After struggling to sort out a mess of a clutch cover modification from previous owners I have reluctantly parked the Triumph while waiting for parts to be delivered and am instead setting off around the north west of England on my Cagiva SST 350 single cylinder two stroke. It is another old bike from 1980 but has an element of fun about it nonetheless. 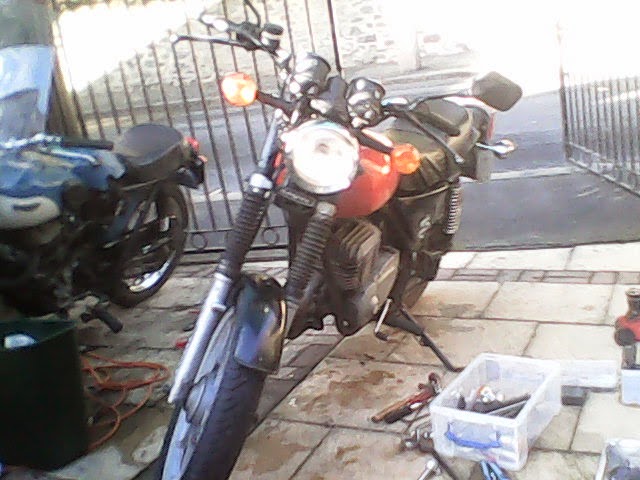 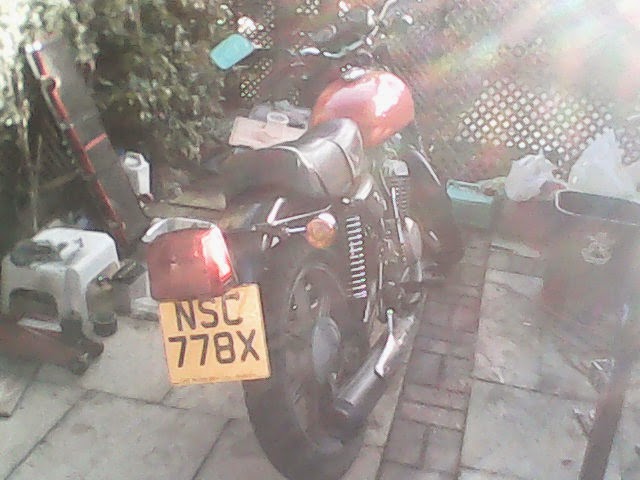 I intend to visit all the FB friends over on Merseyside and surrounding area before returning home to fit my clutch parts to the Triumph TRW in order to set off down the Midlands London South Wales, Portsmout and then Guernsey en route to Spain.

The weather at the moment is picking up ever so slightly so the delays have had some benefit, especially with the longer days as spring approaches. Although there is a band of rain moving across the North of England at this moment, it promises to clear by 3pm which is my departure time. As always there are some nerves especially to the reliability of the bike, but that is always the case.

It has been a long process of first repainting the Triumph and then to have the clutch collapse on me on my last attempted departure and spending weeks sourcing parts for the old lady.

So if you are on the list for a visit, put the beer in the fridge and I'll see you soon.

p.s. have your tool kit accessible in your garage too